Alsace, the land of winegrowers, offers an incomparably rich terroir, and the wines extracted from it are full of very pronounced flavours that will please the most demanding palates. 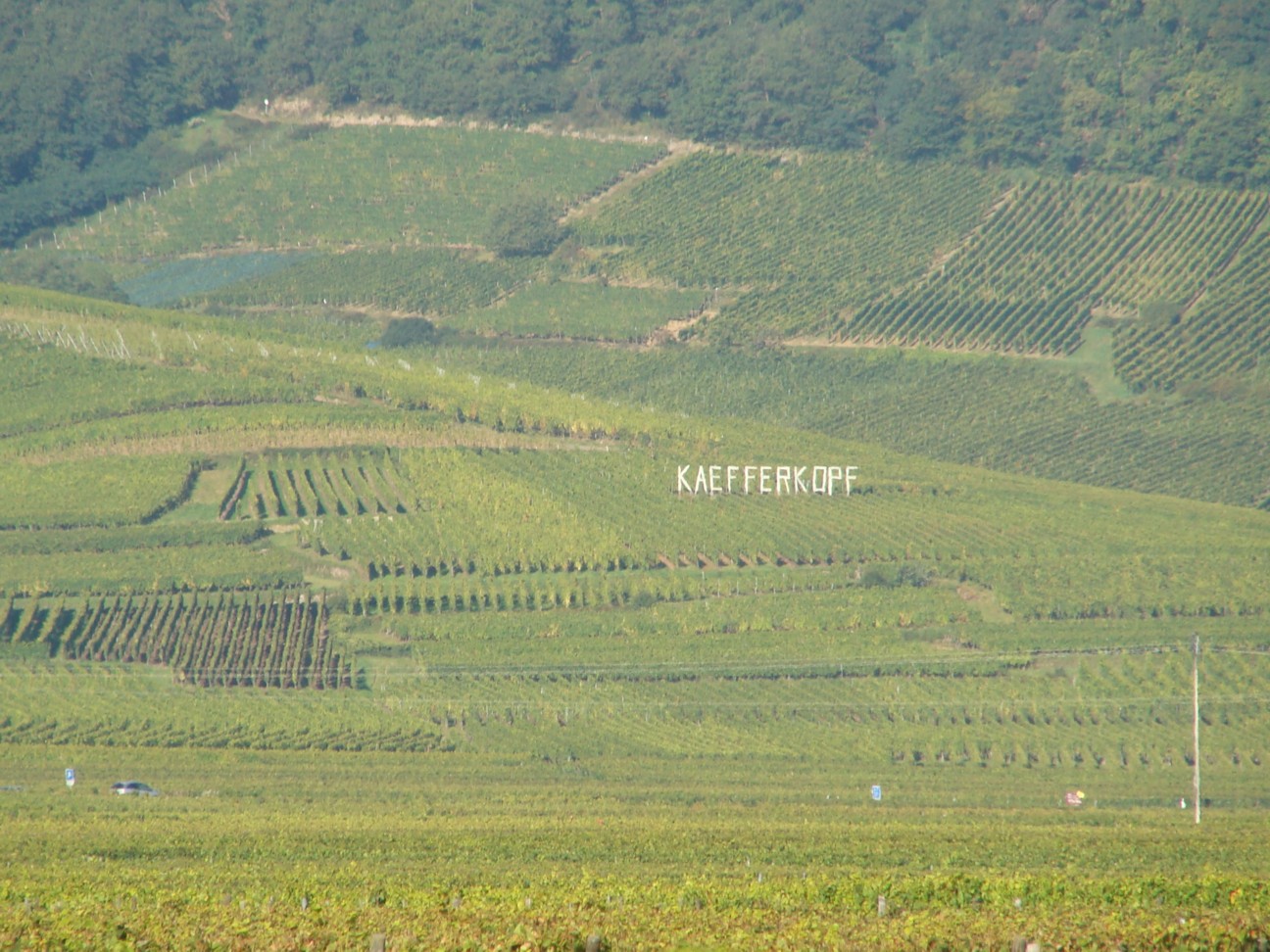 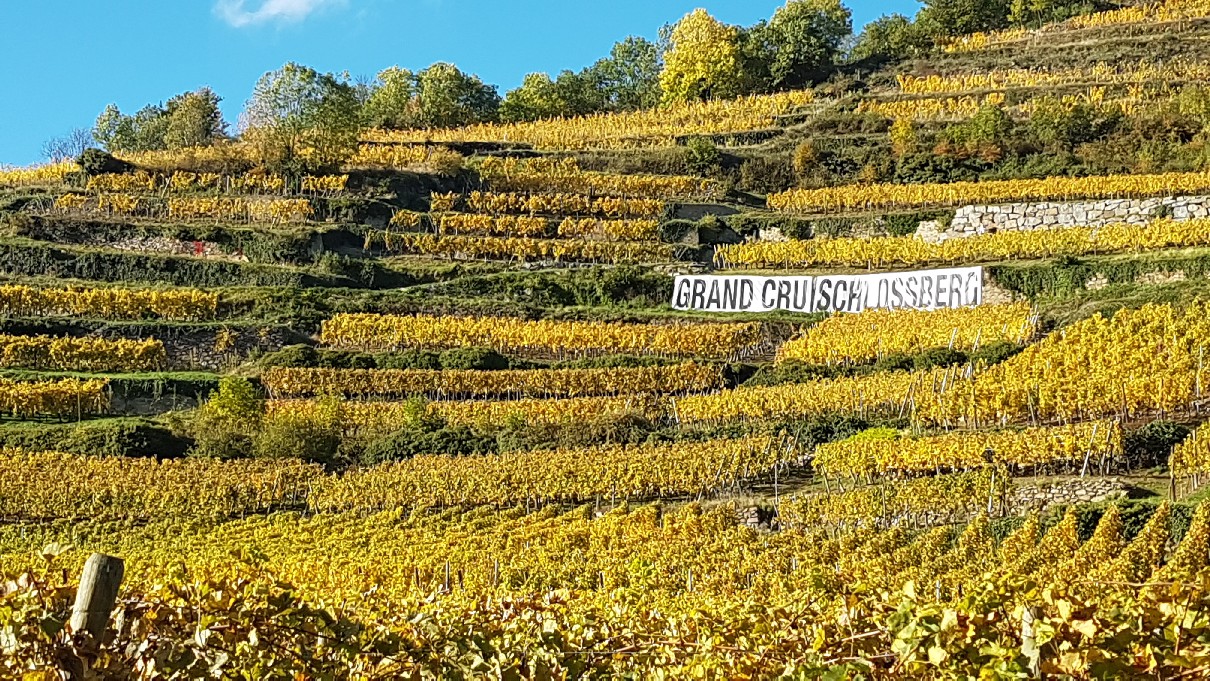 In the heart of the Alsatian vineyard, south of Ammerschwihr, several foothills of the Vosges stretch at an altitude of 230 to 350 meters. Wonderfully sunny, this specific area is the pride of our vineyard.

With general exposure to the east, the KAEFFERKOPF, indeed it is its name, owes its reputation to the geological nature of its very complex soil and its climate. Formed from clay-limestone soil, it gives the wines from these hillsides a characteristic terroir taste. This particularity of the soil had already interested our ancestor winegrowers.

A wine known beyond our borders

In 1958, an international agreement regarding the protection of designations of origin was signed in Lisbon.

This agreement came into effect in 1966 and recognizes our KAEFFERKOPF as a designation.

Recognized by the highest authorities and renowned beyond our borders, the wines from the KAEFFERKOPF have seduced generations of good wine lovers and will continue to delight more than one palate.

Mentioned in the archives as early as 1338 under the name “Zem Kefersberg”, this specific area has continued to win its spurs over the centuries.

The secret desire of many winegrowers is to own a plot of vines in this privileged place. An agricultural survey of 1866 tells us that the KAEFFERKOPF produces the best wines, highly sought-after on the market. In a book about the Alsatian gastronomy, the KAEFFERKOPF is also one of the best wines in Alsace.

In 1931, the owners of vines in the town of Ammerschwihr asked to protect the use of the name “Kaefferkopf” at the Regional Court of Colmar. Thus in 1932, 40 years before the appearance of the PDO Grand Cru designation (protected designation of origin wine), the Kaefferkopf became the first specific area to be recognized by a judicial delimitation.

In 2007, the Kaefferkopf was classified Grand Cru.

The Schlossberg hillside extends at an altitude of 230 to 350 meters and overlooks the Weiss valley from the outskirts of the town of Kientzheim to the medieval castle of Kaysersberg, which gives it its name.

Its terraces facing the sun underline the power of a terroir where the mineral world becomes an accomplice in the prowess of men.

The specific area called Schlossberg has been mentioned since the 15th century in documents with regard to land rents.

First “Grand Cru classé” of Alsace, it symbolizes both the boldness of the winegrowers and the potential of the region’s vineyard.

A wine of character

The Schlossberg’s ability to retain heat and its mineral richness permeate the personality of the Rieslings, which occupies a prominent place.

This late flowering grape variety finds ideal ripeness conditions in this terroir. The Schlossberg is characterized by wines rich in floral aromas of great finesse. Delicate and racy, they reach their fullness after a few years.

Depending on the vintages, they offer a whole range of possibilities for gastronomy.

The Grand Cru Wineck-Schlossberg rises at an altitude of between 280 and 400 meters, facing the Alsace plain and the city of Colmar.

Along its inclined slopes, the vine forms a verdant fresco on which is imprinted the immaculate bell tower of the town of Katzenthal.

Towards the top of the hill, the old tower of the Wineck castle projects its haughty silhouette over a vineyard that is several hundred years old.

Wineck-Schlossberg is one of the earliest terroirs in Alsace, the vine blooms earlier than elsewhere and the climatic conditions allow the grapes to reach exceptional ripeness from the start of autumn, this early ripening is found in our wines.

Our Rieslings express after two years a very typical musky and a nice acidity.

They are fresh, lemony and easy to drink.

The winegrowers of the Wineck-Schlossberg support a practice which consists in letting nature express itself in the wine.

The typicity of the wine is done almost naturally at the winegrowers, we harvest small quantities in small plots.

Each vine stock holds our attention where the steepness of the slopes makes any mechanization impossible.